Like the most feared mafia boss and authentic symbol of gangsterism, Elias "the dandy" wanders the streets of N.Y. Armed, with a white Panama hat and cleverly disguised as Al CATone "CATface".

Elias' difficulty was not so much that of making himself credible in the role of the gangster, as that of expressing the correct inflection of the Neapolitan dialect. Which engaged him in several months of diction! 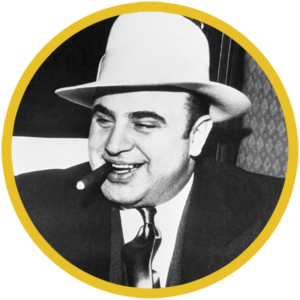 Copyright LA CATERVA 2020 - All Rights Reserved
Back To Top
×
We use cookies to ensure that we give you the best experience on our website. If you continue to use this site we will assume that you are happy with it.Ok